written by mirage
I’ve stressed some posts ago that the best way to a man’s heart is through his stomach. This is another attempt to prove that the saying is true. Yesterday, I cooked a popular dish from his other home, Singapore. Yes, though coming from the Hainan region of China, this dish is most popular as a Singapore specialty.The e is however, a big difference with the Singaporean version and its ubiquitous ginger-garlic chilli sauce, as its Hainanese counterpart; black pepper crab and chilli crab in many Chinese seafood stalls.

Normally, the recipe is for a whole chicken but I used breasts instead. Since we are cutting down on fat, I removed the skin before serving the meat. I used a lot of green and red chillies to hubby’s delight. 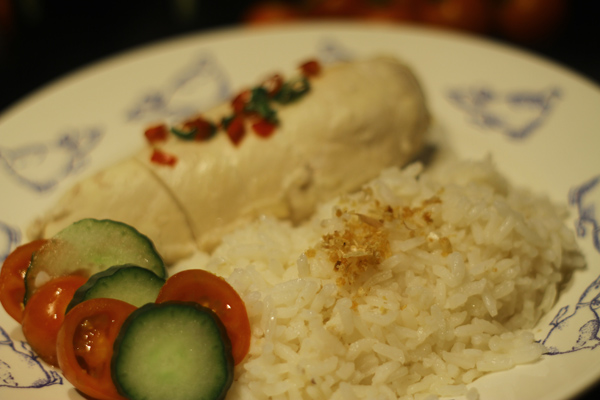 The kids also enjoy this dish a lot. The taste resembles a childhood favorite of mine as well. Arroz caldo (Filipino congee) sans the egg.
As if it isn’t enough yet, I packed him a bentou of it for work today.
. 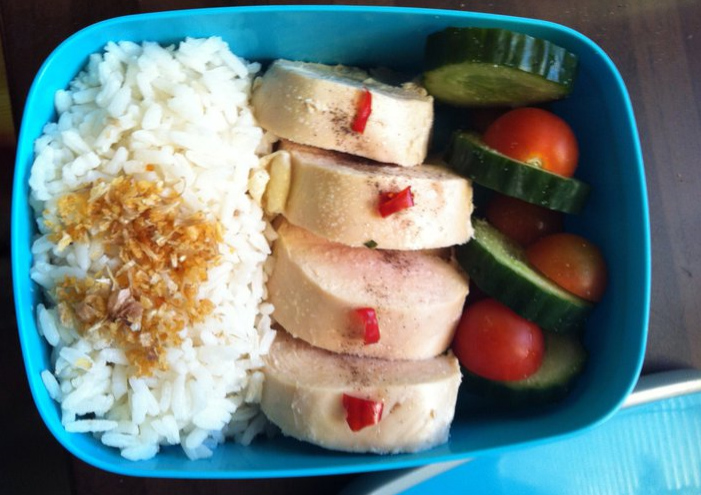