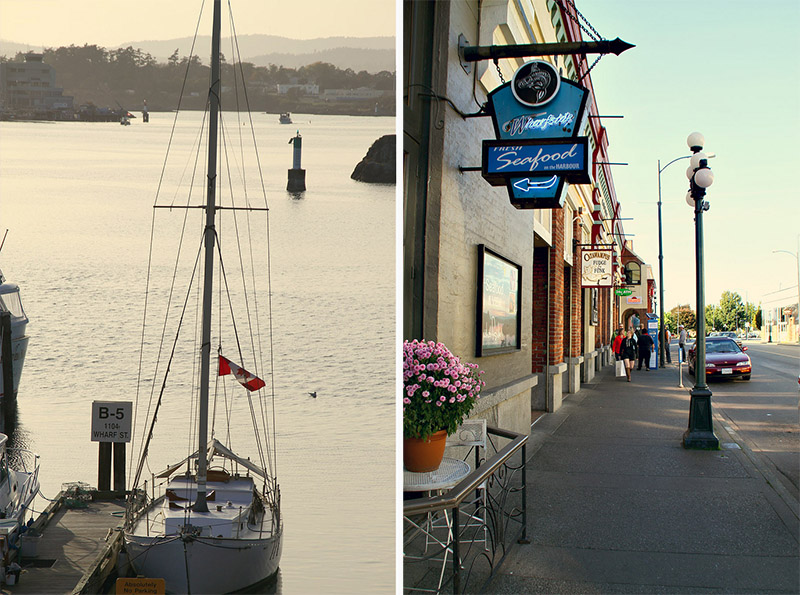 ^View from the upper deck of Wharfside Seafood Grille and entrance

It was a lovely morning in Victoria B.C. and we went about the gardens, sightseeing at the port and taking photos. It is to be expected to dine at one of the cozy restaurants there after all those walking. We decided to dine at Wharfside Seafood Grille.

It’s all over the internet yet I failed to research what to expect when dining here. I should have been warned but I was with a group and we were hungry plus the view from inside the restaurant is inviting, so we took precious time dining at Wharfside.

It was only now that I got the time to actually look at reviews for this joint. Just like they said, servings are small for the price tags…which aren’t cheap and I can’t help but show you how much the servings really are since those reviews I read didn’t include photos.

Many also rants about the time food is taken to be served, the not-so-engaging attitude of the servers and the manager/s who kept apologizing for their shortcomings. Some also mentioned the place being a tourist-trap…the prices stated on menu might be different from what you’d actually pay without proper explanation why. There’s a secret that I learned too; they have a tourist menu and a local menu which is way cheaper of course…this and many other reasons where cited for the restaurant to be nicknamed “tourist trap.” Other complains include stinky toilets, dirty windows, paid for appetizers that also took longer to be served and a lot more reasons. 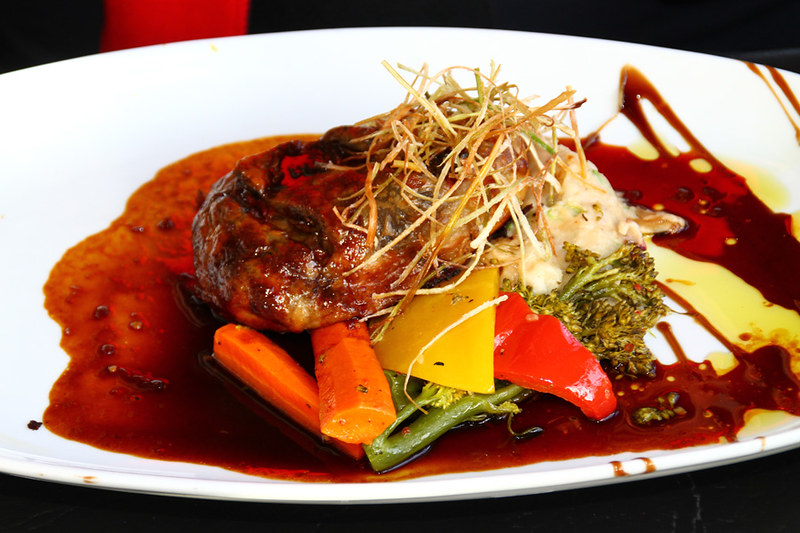 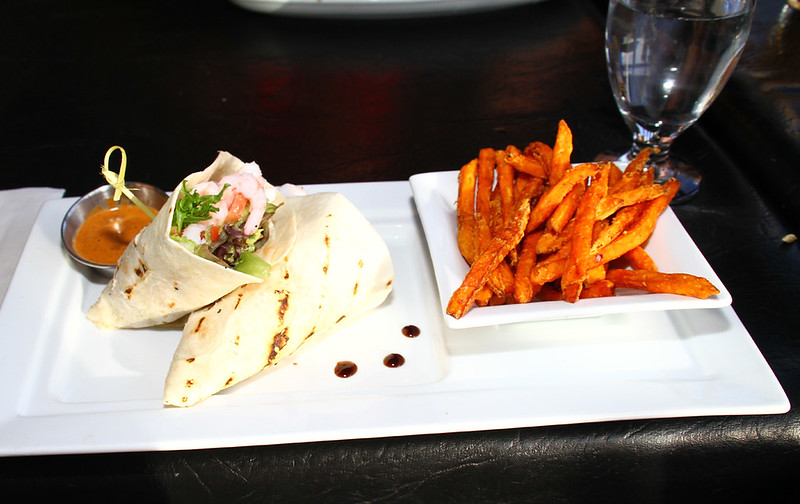 Maybe we got there at a wonderful time of the day, never really experienced much of what I read and I’m not justifying them nor was I got paid for saying these. For the other points as food taking longer, well, food cooking in a non-fastfood restaurant really takes time. It’s understandable. However, most reviewers mentioned that their food were served lukewarm, like it was only heated and not cooked. Some others complain of having theirs overcooked, you’d think that the cooks there don’t know what they’re doing. — Maybe there were different cooks at different times of the day too, we don’t know.

The windows were clean that day we dined and the view of the harbour was lovely, can’t help but shoot. Our servers too were ok that day…there were not too full of themselves as some said.

Overall, I’d say food is ok though not something commendable. Next time, I would definitely research first around this area….perhaps to a restaurant that Victoria would be truly proud of. 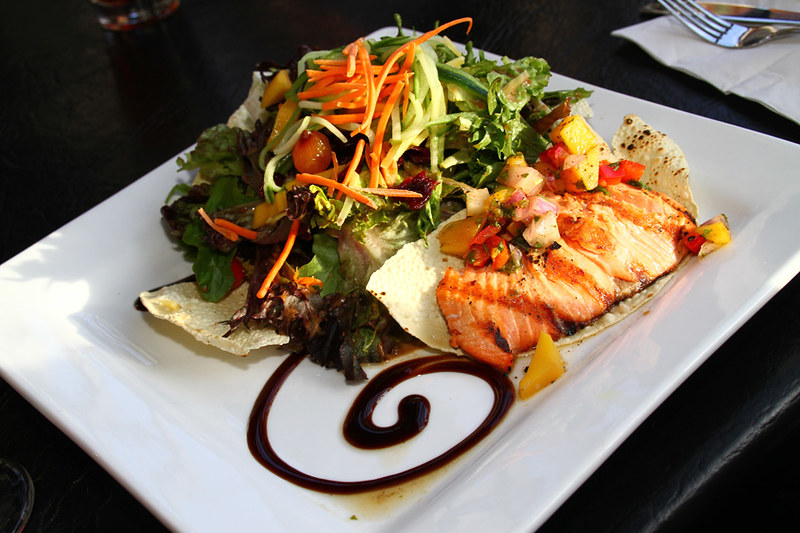 salmon on a bed of salad 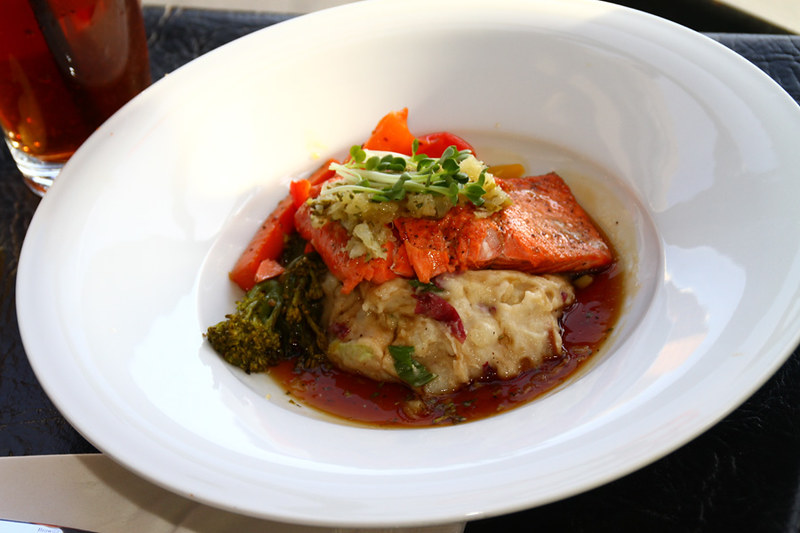 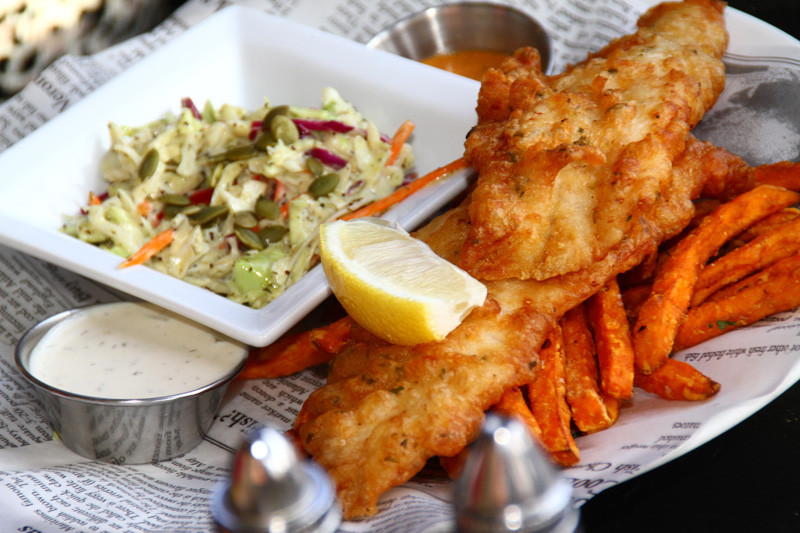 A serving  of Fish and Chips…minimal.