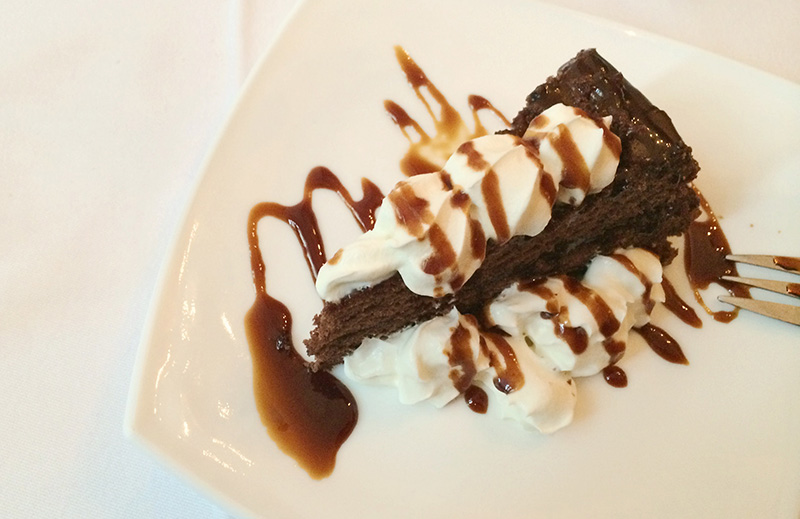 On a rainy and cold day, nothing’s better than having a warm bowl of soup and a good book for company…that, or you could fly off to sunny Spain to temporarily escape the wintry feel that’s blanketing the region. The second option proved a bit expensive so I instead went on with a plan to dine out with a friend. It was at a Spanish restaurant at one of Vienna’s oldest streets. 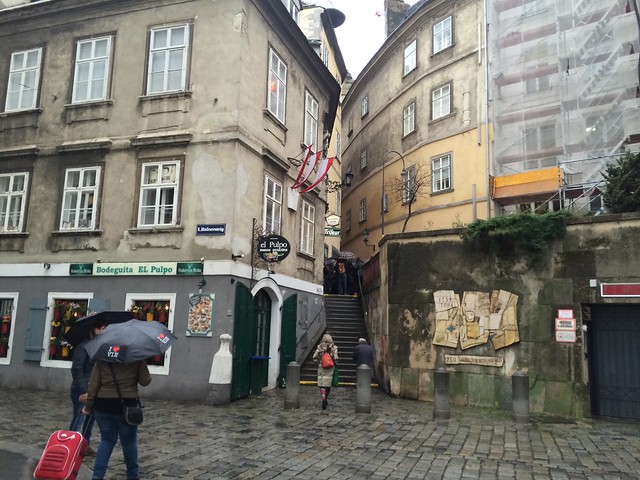 For a lot of times, I’ve brought friends touring the city to this street and the tin cans on the windows became a sort of attraction to me and whoever I take there. 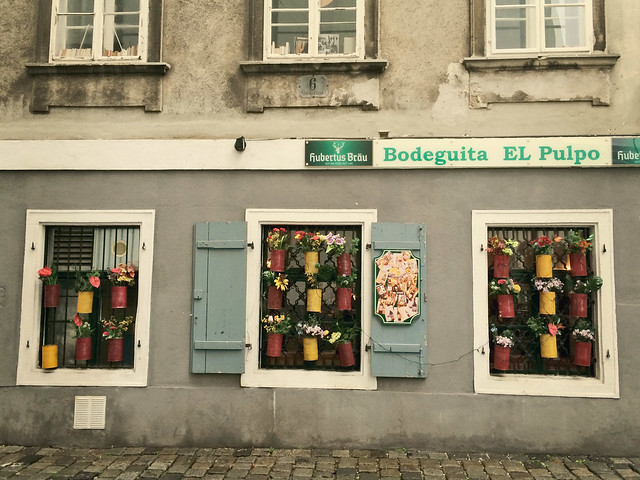 tin cans for that Spanish feel

Bodega is the Spanish word for cellar/vault (it is the same with my mother language, Tagalog) and bodeguita is the miniature term thus, Bodeguita El Pulpo being smallish defines the restaurant very well. Situated at the basement of one of Griechengasse’s old buildings, an almost vaulted ceiling, bit low – designed like how a wine cellar should.

The interior represents everything Spanish, a bull head mounted on the wall speaks for this. Small tables were arranged neatly for twos and fours but it’s not a problem if you come as a crowd, just sitting close to each other would do the trick. 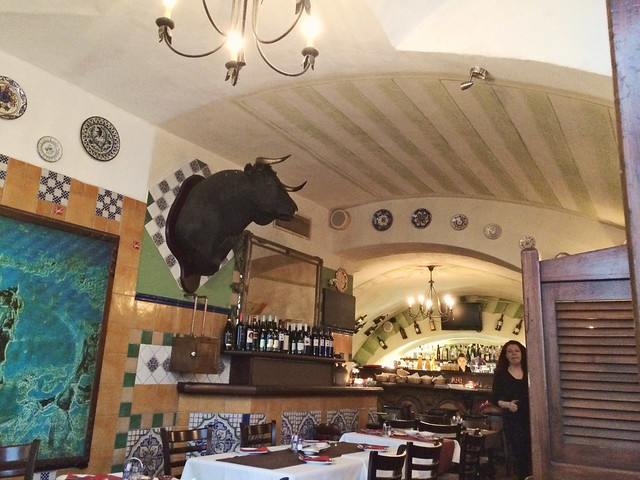 Truth be told, I didn’t read reviews before going to Bodeguita El Pulpo. It was an offer of a 4-course meal over groupon.at and if you’re often reading the eating adventures on this blog, you would know how I rely on Groupon to point the rather unpopular places in Vienna.

After having confirmed our reservation, we were seated immediately. It was a neat corner just near the entrance and by the window. It was rather cold, we thought a heater could have helped but since we still had our jackets on, we didn’t mind. 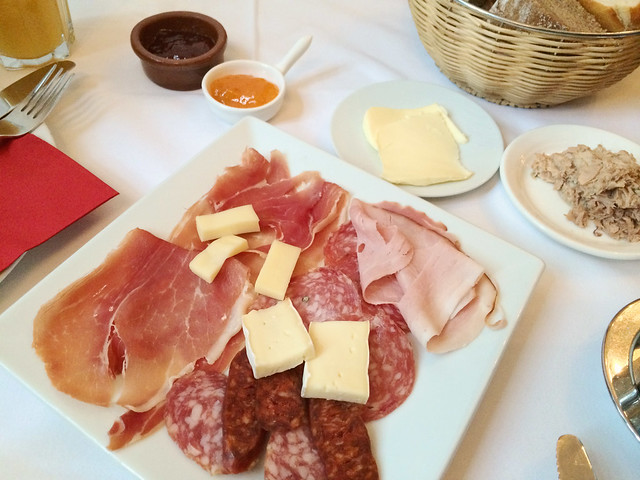 Appetizers at its best

We were served first with apple and orange juices according to our requests, it was followed with a platter of ham, chorizo, cheeses, and breads (white and black) along with butter, marmelade (strawberry and apricot) and herbed tuna that were already on the table before we sat. This set looks promising and we were excited what would come after. It was a good set of antipasti, props up to the herbed tuna spread. No, we didn’t finish all of these.

Next comes potato omelette with grilled belle peppers on the side. We thought it too small for a serving but later on agreed that it was just the right portion for each of us. It was rather filling, despite being a bit bland but nothing a dash of salt and pinch of pepper cannot remedy. 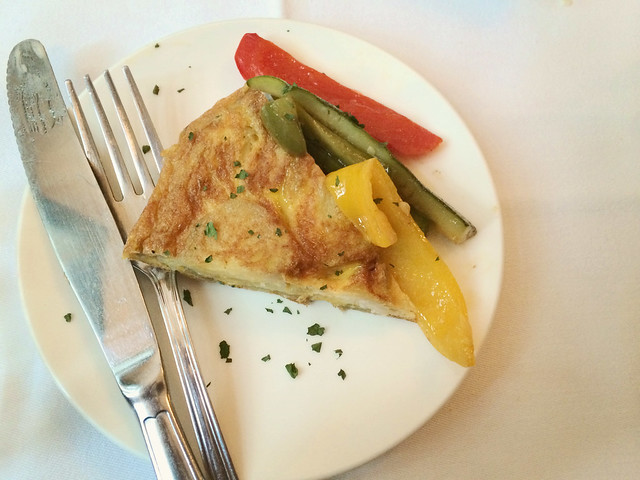 Our servers were very nice, following us up politely. One of them can speak Spanish so I was able to practice a very few of the words I remember from class. Next to come to our table is a plate of paella and some calamari. I said some because there were only 3 pieces. We thought they might have forgotten the other plates…but, we didn’t care to ask if we are really to share a plate. Thank goodness, since I am not such a big eater, we were still able to fill up ourselves with everything that’s been served along with a lot of laughter and chatting despite the scarcity. The paella only had chicken for meat, no seafood in there. :/ As for the calamari, they were good enough but nothing worth raving about. 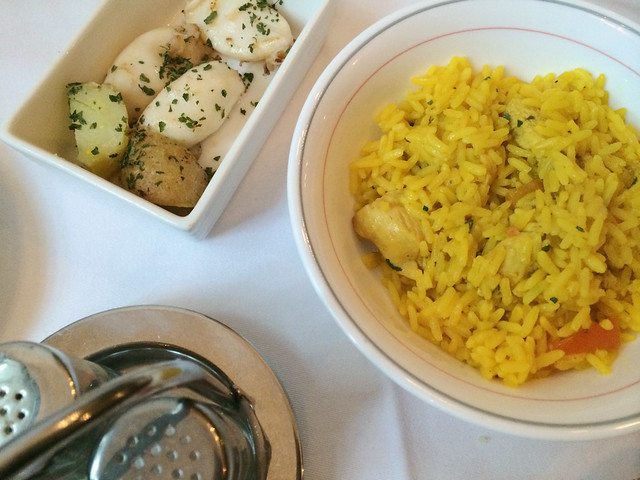 Dessert to Die For

Finally, dessert came. We each got a slice of chocolate cake smothered with Catalan creme or more commonly known as Crème brûlée and caramel on top. We agreed that it was the creme that gave this luscious dessert the right for a thumbs up. The chocolate cake itself tasted bland for our liking but if I ever go back, I’d have this slice again. 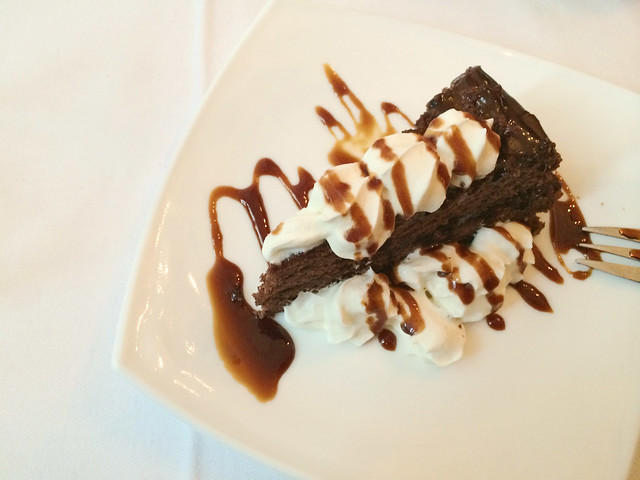 All in all, this meal adventure lacks the kick and enthusiasm I would recommend readers to visit. I was thinking, since it is a deal offered on Groupon, a usual meal without the discount might be far different. Reviews around the web though won’t agree. 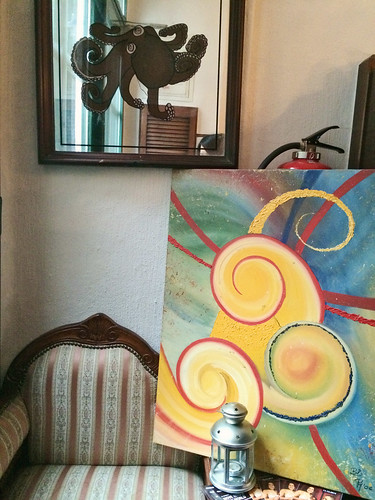 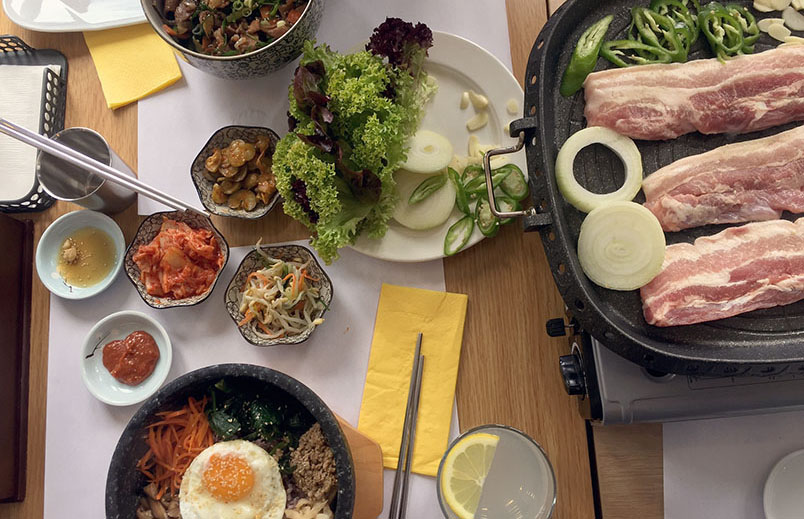 Babida – Delicious Korean Cuisine in the Heart of Vienna 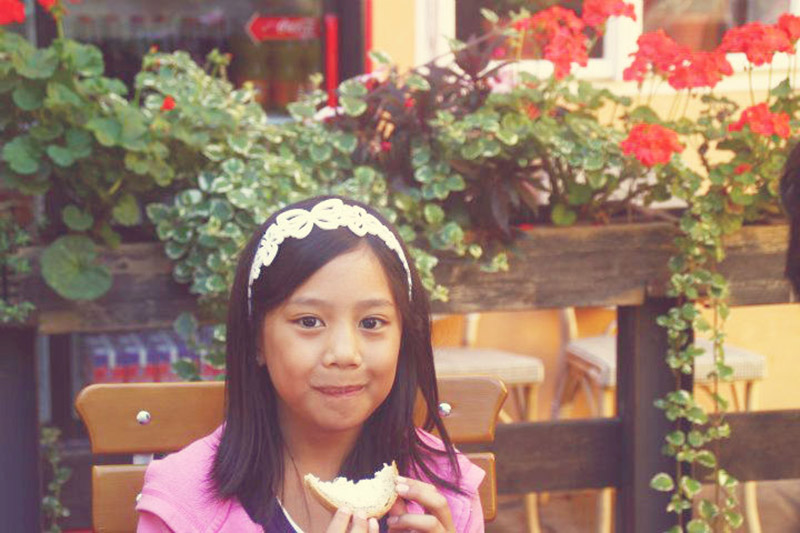 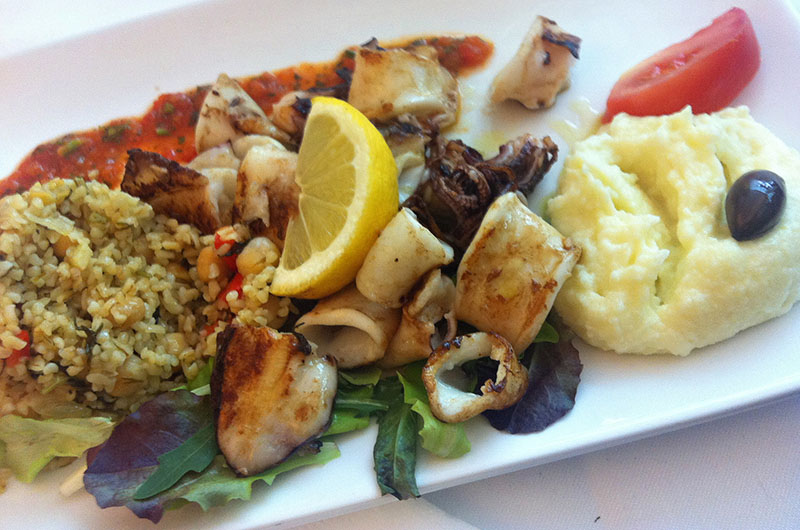 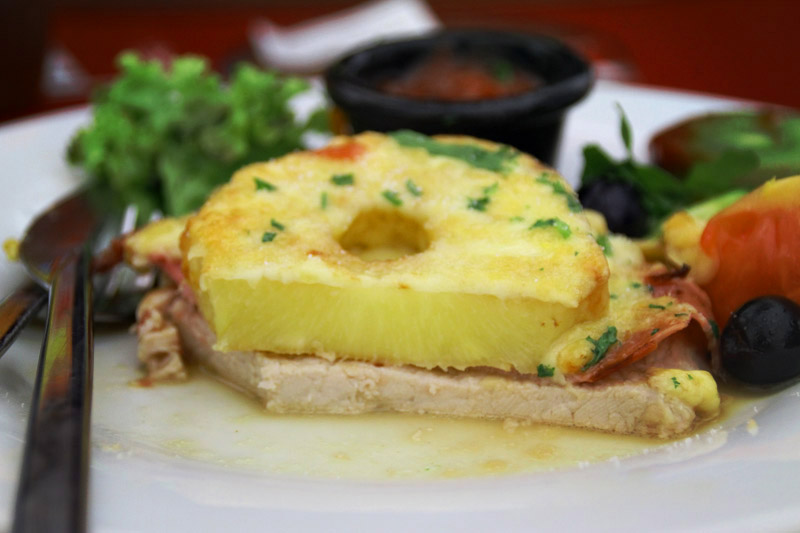 S’baggers – Let the Food Slide Down 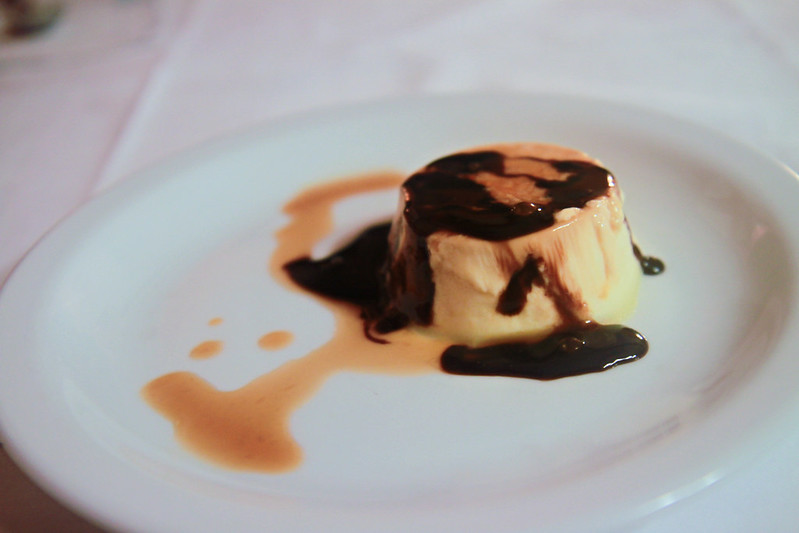 Looks like a lovely place to enjoy good food with friends. I haven’t been to this place in Vienna, I might one day go and visit. The platter of appetizers looks like you don’t need to eat so much more after. 😀 The squid and rice seem like a small serving but I guess that would suffice if you are eating for one. And the chocolate cake looks really yummy with the catalan cream on top, I love trying out different cakes, I’ll definitely have that. I hope they are still open during winter time? Thank you for this useful review, lovely photos!